Tackling the humanitarian crisis of migrants in the Mediterranean Sea 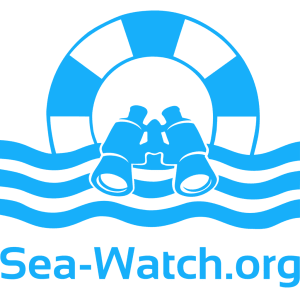 Our mission is to give aid to people fleeing and crossing the ocean by conducting rescue and civil search operations. Through our activism and rescue operations, we hope to spread awareness and shed light on the crisis so that no one can look away.

Sea-Watch, established in 2014, grew out of an initiative of volunteers who could not sit idly on the sidelines as people struggled for their livelihoods in the Mediterranean Sea. Despite the European Union’s proclaimed commitment to democracy and human rights, many people argue that closing its borders to people fleeing compromises these values. Border security installations worth billions and readmission agreements leave migrants with the shorter end of the stick. Thousands of people drown every year trying to reach a safe harbor in the EU, many of them within sight of our shores and beaches.

Why is this initiative important for human rights

We aim to fill up the vacuum that arose in the absence of Mare Nostrum, an institutionalized, comprehensive sea rescue with a clear mandate that saved more than 130,000 people but was not taken over by the EU, making the initiative come to a close. We consider this to be our humanitarian duty. However, we are advocates of the idea that private organizations should not take over sea rescue in the Mediterranean in the long term. We call for an international, institutionalized sea rescue with a clear mandate with legal and secure entry routes for those seeking protection and a #SafePassage.

We are a non-profit that conducts civil search and rescue operations and has been involved in the rescue of over 45,000 people. Due to the lack of seaworthy political action, we do not just provide emergency relief capacities. We demand and push for rescue operations by the European institutions and stand up publicly for legal escape routes. As a politically and religiously independent entity, we are financed solely through donations. With those donations, we recently bought our biggest boat, the Sea Watch 5. It is newer, faster, and bigger than any of our boats before, making it harder to find reasons for port state controls to deny us sail for human rights. Our two planes, Seabird 1 & 2, keep watch from above. They inform us and other rescue ships of distress cases and record human rights violations of the Lybian coastguard, Frontex, and other regional players.